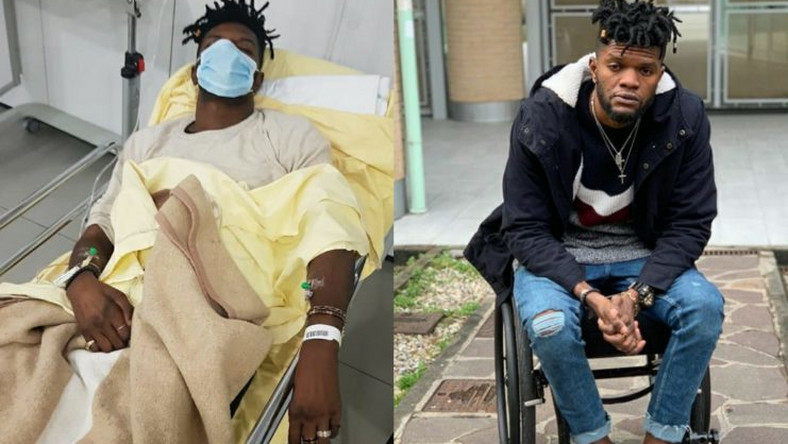 The aftermath of a car accident can be financial, physical, mental, or emotional. While these side effects are individually devastating, they can also be intertwined so dramatically that they permanently alter a couple’s relationship, and not in a good way.

There are many possible causes of friction in a relationship after a car accident, paramount of which is the permanent deformity of the partner involved which makes it difficult for the other partner to accept and live with affected partner. Same can be said of the situation the C. E. O. of OGB music found himself in after his near fatal car accident he was involved in, in 2015, which confined him to a wheelchair.


As stated by the OGB head honcho, he himself couldn’t hold himself with an easy confidence, come to think of his ex partner who would have had to come to terms with the tragedy in his life.

Speaking with Delay on the Delay show, Ogidi Brown, reacting to whether his manhood still functions, talked about he being desperate to know from the doctors who attended to him if his manhood would be able to function again. “Ow… the good news is, while in the hospital, as they attended to me, I asked the doctor if my thing (manhood) would be able to function again,” he said funnily.

He further asked the doctors, “I know I’m injured, one leg is here the other there but I want to know if my thing (manhood) would work?” He told Delay the doctors assured him it will work again so he should exercise restrain and true that that, it works.

The Owner of OGB music also discussed his ex partner leaving him after the car accident. “Yes, I had a girl! She couldn’t live with me. It was so serious that, myself, I couldn’t live with it, ” the Italian-based Ghanaian musician expressed how he felt. He talked about he now studying a new lady he has in his life.

Ogidi Brown’s burning desire to succeed in life landed him in Italy in 2012 when he was in his early 20s, of which the back and forth of life and his eagerness to pursue his music career has led him to come up with his record label, OGB music which, once upon a time, had sensational highlife artiste Fameye as one of its signees.